A pleasant October evening provided the backdrop for the penultimate round of the Micro Scalextric Club Class and Super F1 Championships.

Al had laid out a looooong counter clockwise track. The lap opened with a set of fast sweeping esses that lead into a tight technical section. The long back straight lead into a another technical section with a particularly tricky right-hander that no one in the white lane seemed to enjoy. 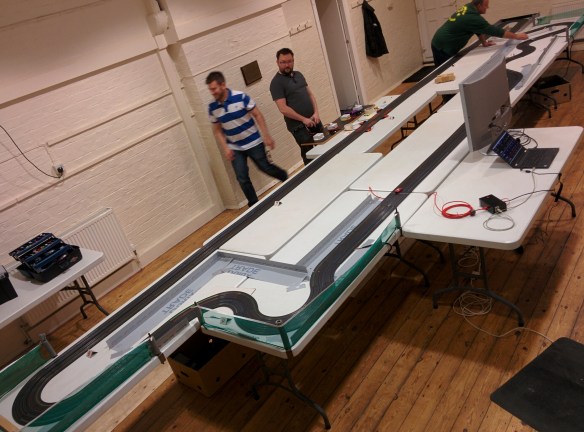 Paul claimed pole position by two laps from Al. Nick was half a lap further back and just a single tenth ahead of Ray in fourth. Steve completed the grid in fifth. 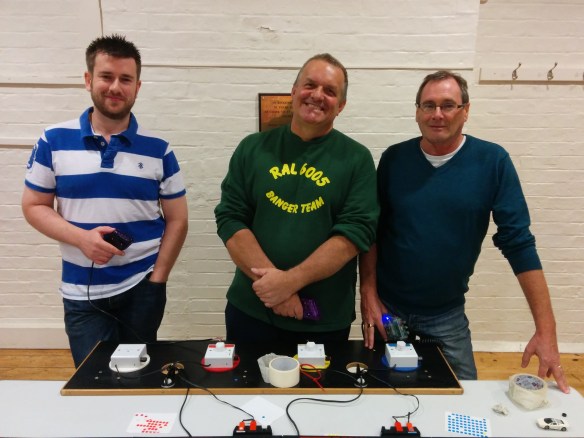 Ray in blue took the early lead of the B final with Steve in yellow and Nick in red behind him. An off for Ray briefly gave Steve the lead before a series of offs sent Steve back into third. Meanwhile Nick had his head down and was closing Ray down. The red car seemed to get faster and faster as the race went on and during the final couple of tours Nick overhauled Ray and took the win by just two tenths of a lap. 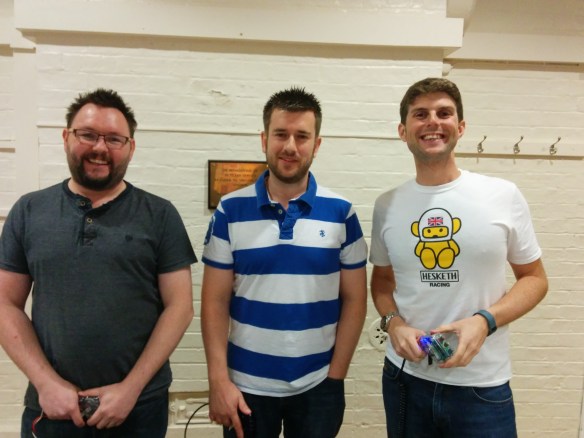 A strong start for Paul in red saw him take a fairly straight forward win in the A final. A few too many offs cost Al in blue the opportunity to stand on the top step of the podium and he had to settle for second. In the tricky yellow lane Nick had to settle for third.

Reigning Super F1 Champion Nick took pole in Super F1, beating his nearest rival Ray by 1.7 laps. Paul lined up next ahead of Al and Steve. 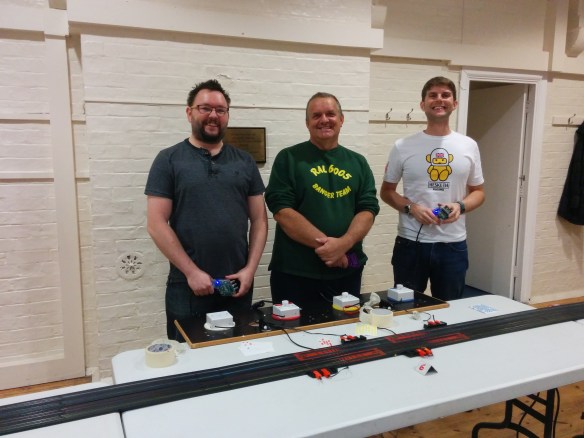 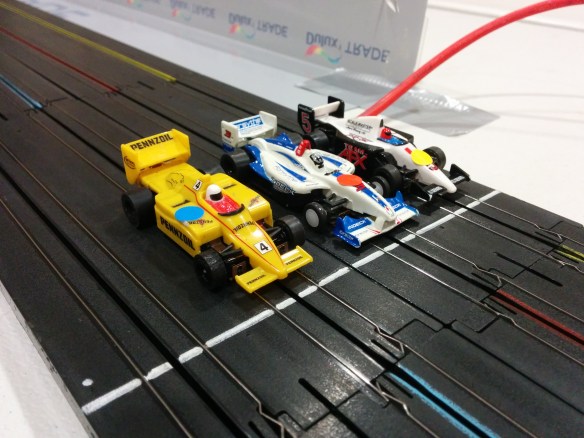 An early off for Al in blue left Paul in red with a one lap lead. Steve in yellow briefly ran in second before dropping to third and falling back from the leaders. With the pressure off Paul cruised round while Al did his best to catch him. After a few offs for each off them, Al begin to close the gap in the latter stage of the race. An off for Paul in the final seconds of the race saw him finish just three tenths of a lap ahead of Al. 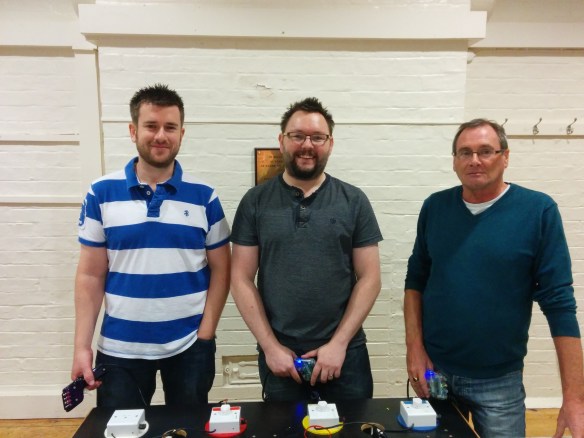 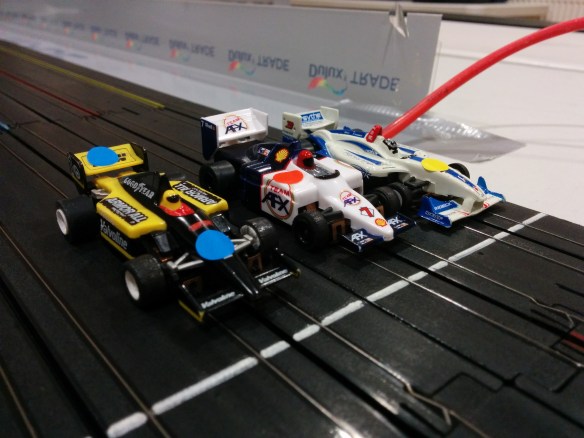 Ray in blue jumped the start of the A final and that left him with a lot to do. Up front Paul briefly held the early lead but he couldn’t consistently maintain that pace from the yellow lane and dropped back to third. A cracking drive from Nick in red saw him take the win and retake the lead in the Championship!

Thanks to all who attended. Join us on the 26th of October for the final rounds of our F1 and Modified Championships!