Once again there was some excitement in the air of Yelling as SCHORC prepared to start another brand new class for 2017. Ray had prepared some lovely Paul Harwood painted Le Man style bodies for the new V1 Viper cars and they were ready to hit the track.

Deciding to give the V1s a real baptism of fire, Al had built one of his trickiest tracks for a while. Inspired by the Suzuka circuit in Japan, it had a bridge, high speed corners, short straights, a tight hairpin and a tricky bus stop chicane to finish the lap. 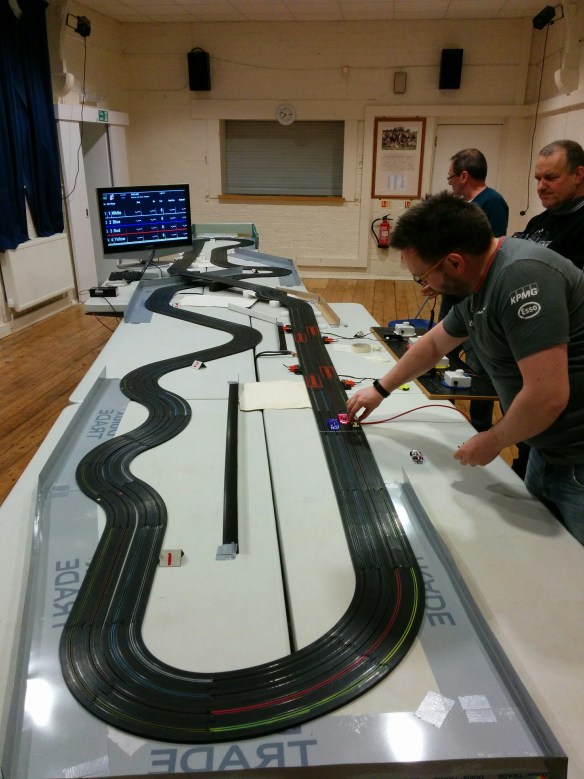 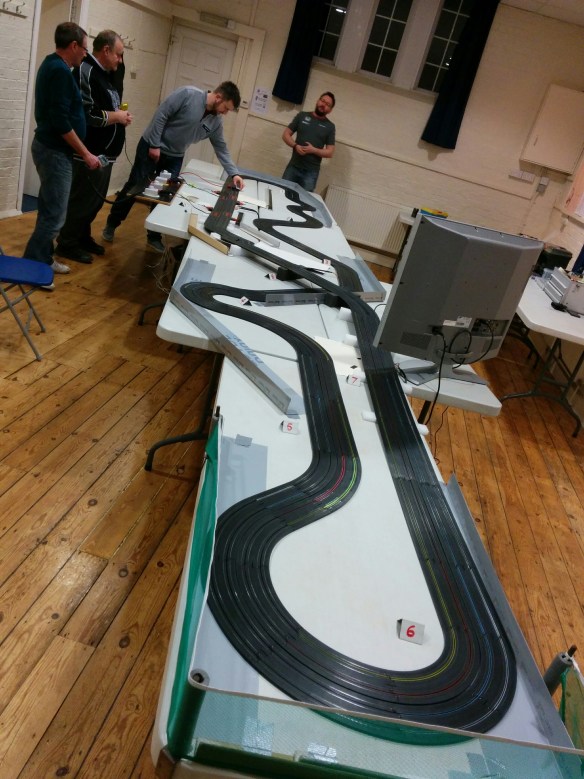 Paul took the first pole of the new class by 1.9 laps from Al. Al initially used his own V1 on the blue and red lanes before deciding to switch to the faster club cars. Al set a mighty 43.6 laps on the white lane with what was probably the pick of the club cars. Ray lined up third 6 laps behind Al and just over three laps ahead of Nick. Steve completed the grid in fifth. 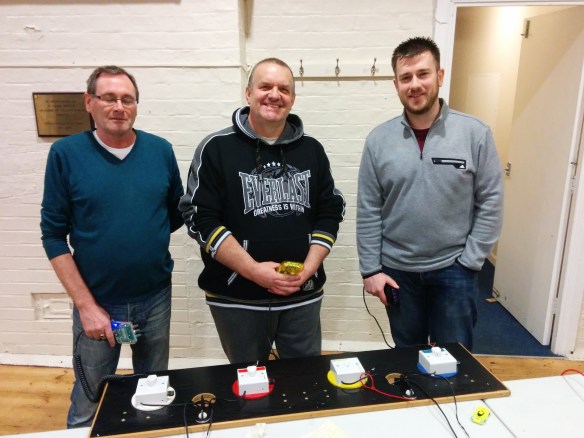 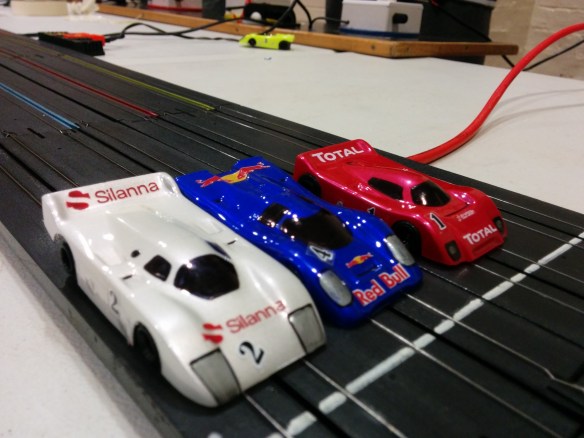 After a good start in white Ray had an early off that dropped him to second behind Steve in red. Ray was still ahead of Nick in blue though as Nick had also came off on the second tour. Ray then settled into the white lane, passed Steve and romped off into the lead. Nick also passed Steve but couldn’t catch Ray and had to settle for second. 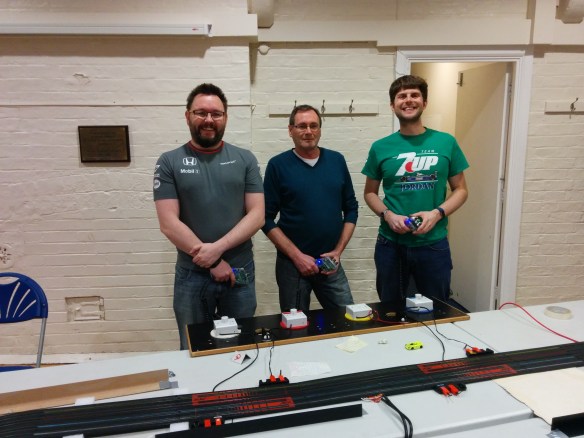 A good start in white left Paul with a small lead over Al in blue and Ray in red. An off on the fourth lap at the by now notorious final chicane dropped Paul down to last. Al held the lead briefly before crashing and handing it to Ray. An off for Ray on his 13th lap then passed the lead back to Al who was a whisker ahead of a hard charging Paul. Paul narrowed the gap until an off gave Al some breathing space. At this point Al just needed to bring it home, for some reason he decided to bin it twice instead and hand the race to Paul. Paul duly took the first win of the new class and bagged the fastest class lap while he was at it.

Al was surprised to find himself on pole as his SRT is usually suited to power tracks. Ray and his Super G+ were 2.7 laps behind Al and just over three laps ahead of Paul and his Mega G+. Reigning Super F1 champ Nick found himself fourth ahead of Steve and his Super G+. 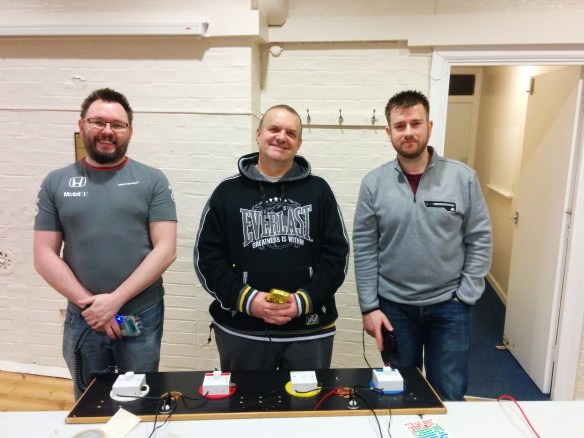 Nick in Blue and Paul in white spent the duration of the B final swapping the lead. Paul lead for the majority of the race but a few late offs left Nick in the lead at the close of the race. Steve in red bettered his best qualifying score and finished third. 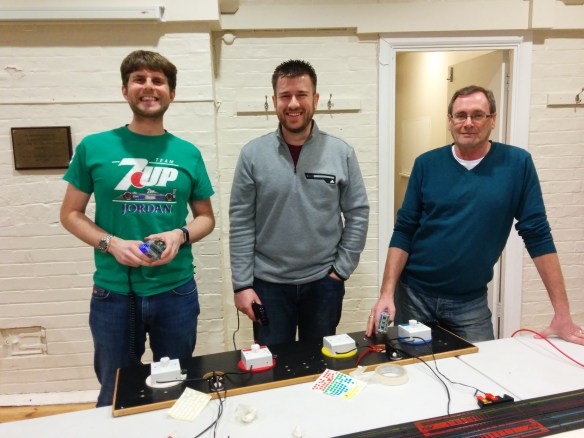 For the first three laps of the A final there wasn’t anything between Al in white, Ray in blue and Nick in red. On the fourth lap Nick succumbed to the chicane and continued to drop back from Al and Ray. Over the next 10 laps Al managed to eck out a 4 second lead over Ray but an off then handed Ray the lead. Luckily for Al he seemed to have a whisker more pace than Ray and over the next 12 laps he gradually caught him. On lap 28 they both left the track and Al found himself with a small lead that he was able to maintain until the end of the race to take the win.

Thanks to all who attended, join us for our next meeting on April the 5th when we’ll be racing Micros and Tycos!