For the final round of the year Al had laid out one of the longest tracks of the year. 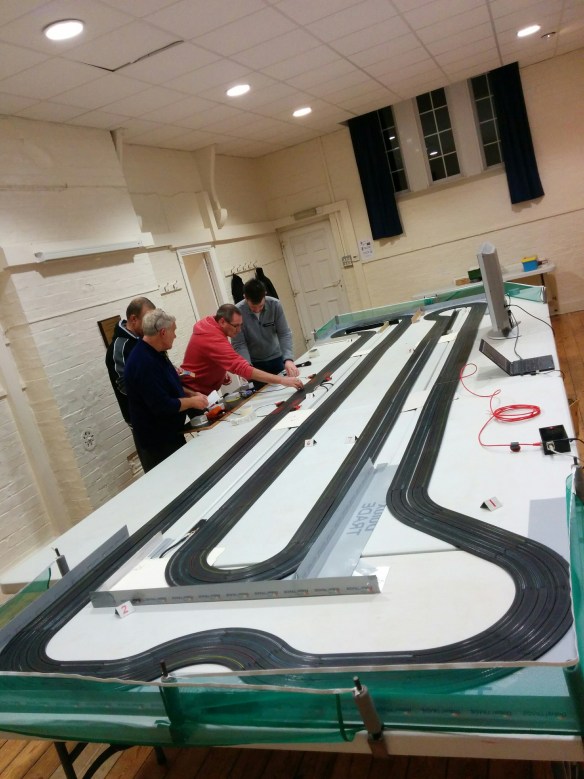 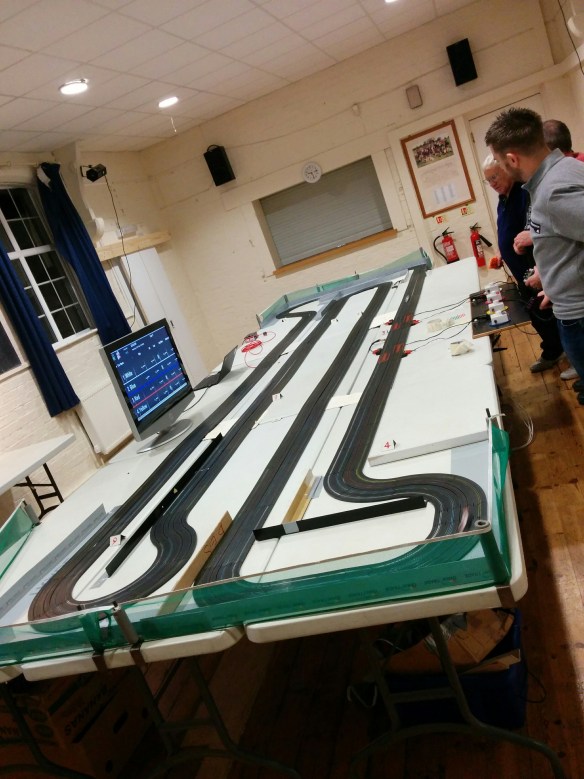 Ray took pole position by one lap from Al. Paul’s arrival had already wrapped up the Championship for him for the fifth year in succession so he probably wasn’t terribly disappointed to find himself third. Tony lined up fourth ahead of Nick and Steve. 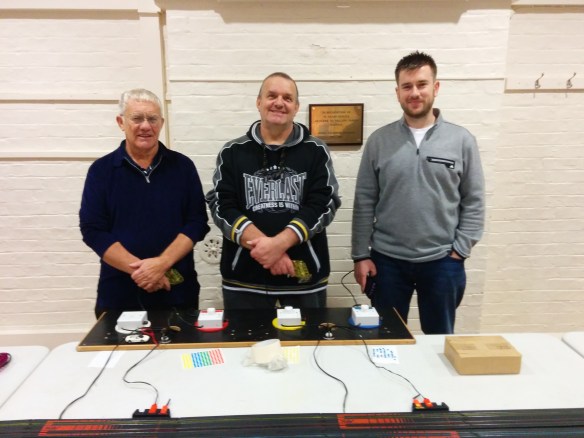 Nick in blue took the early lead of the B final from Tony in red and Steve in yellow. An off for both Tony and Nick on lap 8 preserved the order and another off for Tony a few laps later settled the finishing order with Nick taking the win by half a lap from Tony. Steve was just under two laps behind his brother. 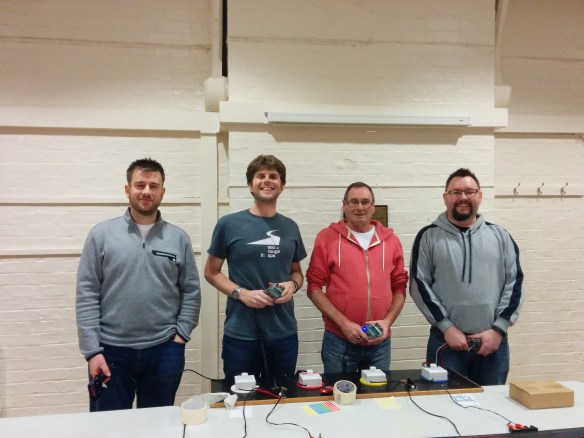 Nick hopped up to the white lane for the A final. The white car had proved a mixed bag in quali sometimes running well and other times poorly. Nick lucked out and it was a peach for its final race of the year. After a middling start Nick started to deliver some very strong lap times and quickly went from third to first. Paul started well in blue holding the lead for the first two laps before a big off cost him over 6 seconds and left him out of contention. Al started consistently in red and briefly inherited the lead from Paul before Nick passed him. An off for Nick on lap 9 caused him to drop his pace slightly and go for consistency. Behind him Al in red and Ray in yellow were battling for second. Both came off several times but it was Al who was second at the end of the race. A final off for Ray during his last tour allowed Paul to sneak past and claim the final step on the podium.

Finding his SRT well suited to the final track of the year reigning Super F1 Champ Nick took pole by 4.7 laps from his nearest title rival Ray. Al line up third but nearly 7 laps behind Ray. Steve was fourth ahead of Tony and Paul. 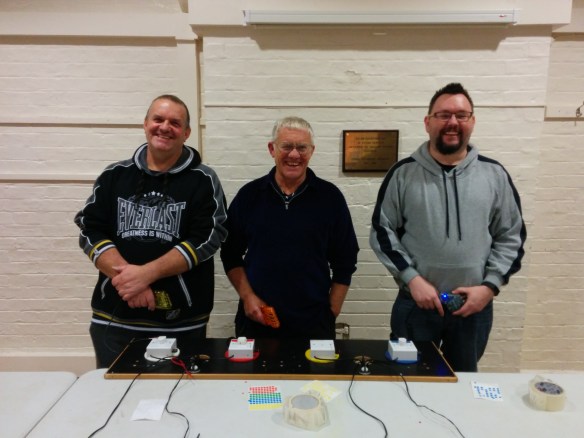 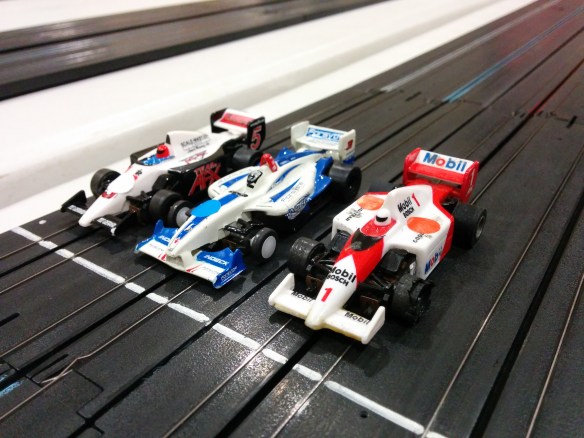 Steve in white had the best start with Tony in red and Paul in blue having first lap incidents. Further offs for Tony saw him drop back and then retire. Meanwhile Paul had dropped the hammer and quickly reeled in Steve to take the lead and then the win by 0.7 laps. 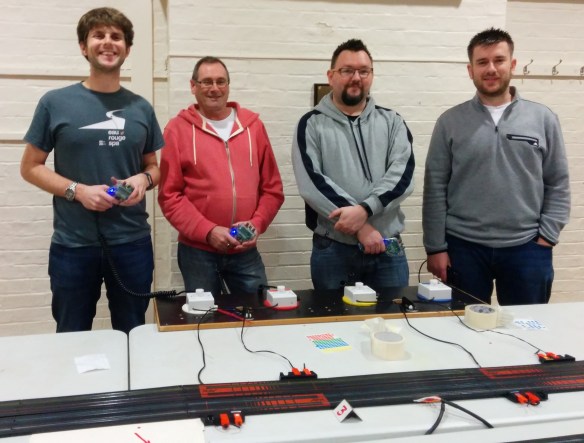 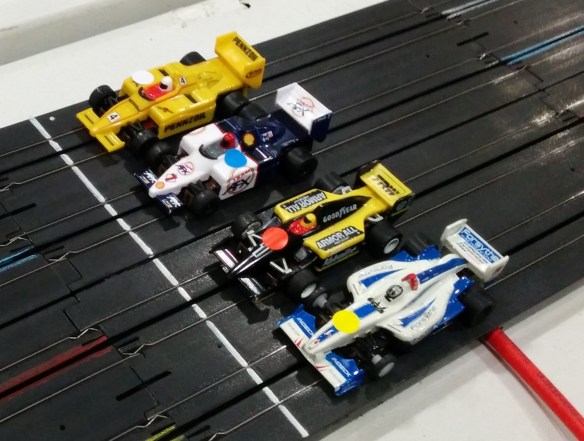 Al in white put himself instantly out of contention by jumping the start. Up front the first 4 laps were very close with the leaders running around together. Paul in yellow and Ray in red both came off and handed Nick a nice cushion that he could then manage for the remainder of the race. Ray knowing he needed to win to take the championship began to bang in some fast laps. He closed the gap to Nick from 4 seconds to 1 second before coming off and throwing all his hard work away. The gap remained pretty constant for the rest of the race with Nick taking the win and with it his second Super F1 Championship.

Congratulations to the Champions Paul and Nick!

Thanks to all who attended and join us in 2017 for an exciting new season of racing!